SETI, the search for extraterrestrial life and for funding 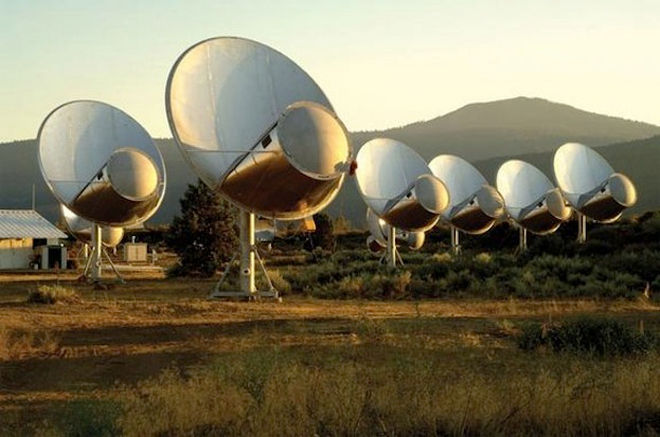 In an August 27, 2016 article for Astrophysics Exploration newsletter, Centauri Dreams', Paul Gilster, an author on aerospace and technology topics, brought attention to a strong interstellar radio signal coming from the direction of the star system HD164595, some 94.4 light years away from planet Earth. The signal was actually received on May 15, 2015, from an observation post in Zelenchukskaya, in the Karachay–Cherkess Republic of Russia exploring with an RATAN-600 radio telescope.
Gilster's report gained some traction in the mainstream media for its intriguing possibilities for further exploration to investigate alien life situated within this particular star system. Despite the time delay in the reporting of the signal by the Russians, it was considered by Gilster as a worthy candidate signal for SETI (Search for Extraterrestrial Intelligence) to investigate further for possibilities of a link to an advanced extraterrestrial civilization behind the signal's transmission.
Then, on September 1, 2016, a trickle of reports from publications and from the blogosphere began to come in suggesting that the strong signal picked up by the Russian listening post in Zelenchuskaya, Russia was most likely a false alarm. As circumstances stand now, Alexander Ipatov, director of the Institute of Applied Astronomy at the Russian Academy of Sciences, described the signal as coming from an old Soviet military satellite. The Special Astrophysical Observatory of the Russian Academy of Sciences confirmed Ipatov’s statement.
Despite the disappointment in this latest effort to uncover the source of a possible alien radio transmission that might be intentionally directed to Earth, what remains interesting are the vast resources that are dedicated to the discovery of life in far away star systems that could not be reached in a human lifetime (even with present day rocket propulsion technology, to reach the nearest other star system, Alpha Centauri, at about 4.2 light-years’ distance, would take such a rocket close to 100,000 years). There are great challenges and many considerations in searching the universe for signs of intelligent life, including identification, interpretation and why even search at all.

In the search for life beyond planet Earth, SETI (search for extraterrestrial intelligence) assumes a central role to guide the global effort. Its overarching concern in pursuing its research is the question of life’s origins and its distribution. The SETI Institute, a nonprofit corporation founded in 1984 and based in Mountain View, California, serves as the efforts physical location. The Institute comprises three centers, the Center for Education, the Carl Sagan Center for the Study of Life in the Universe and the Center for Public Outreach. Underscoring the great interest in discovering alien life outside planet Earth, the list of SETI Institute sponsors is quite impressive with U.S. government agencies in aerospace, corporations, and foundations. It is useful to know that most of the scientists working at the Institute are self-funded. When they propose research projects to funders such as NASA and the National Science Foundation, and if awarded funding, they then elect to become part of the Institute.
Primarily SETI Institute operates three areas of investigation: (1) Astrobiology, the efforts to find and understand forms of life in general even in its simplest forms at the micro level; (2) Conducting experiments designed to detect radio or light signals that would reveal the presence of technically sophisticated beings; and (3) Education and outreach projects that inform the public about research areas and encourages young people to get involved in science, and training teachers in so-called STEM subject areas.

The Drake Equation sets the agenda at SETI

The foundation for SETI's initiatives and agendas is driven primarily by a scientific equation devised by astronomer Frank Drake in 1961 as the agenda for a meeting held in Green Bank, West Virginia to discuss the possibility of searching for signals from extraterrestrial intelligence. To summarize, the equation looks to identify the number of transmitting civilizations in our galaxy by considering: the birth rate of stars in the galaxy - number per year, the fraction of stars with planet, the number of planets per solar system that are suitable for life, the fraction of such planets that actually spawn life, the fraction of planets with life that evolve intelligent life, the fraction of planets with intelligent life that produce technologically capable life and finally the average lifetime (in years) of a technological society.

The search for intelligent extraterrestrial life happens among Star Systems, which are a small number of stars that orbit each other and that are drawn together by gravitational attraction. By contrast, a planetary system is a set of gravitationally bound non-stellar objects in orbit around a star or star system. Systems with one or more planets form a planetary system, although such systems may also consist of bodies such as dwarf planets, asteroids, meteoroids, comets and other matter. The planets in  Earth's solar system circle just one star — the Sun — but other more distant planets, called exoplanets, can have two or more stars. The first four-star planet, KIC 4862625, was discovered in 2013 by citizen scientists using public data from NASA’s Kepler mission.
The International Astronomical Union (IAU) is an international association of professional astronomers at varying levels of achievement in professional research and education in astronomy starting at the PhD level. IAU acts as the internationally recognized authority tasked with assigning designations or nomenclature to celestial bodies found within star and planetary systems and any surface features that distinguish them. The categories of the planetary features amount to a lengthy list. You will find them (Earth's solar system) listed at this link. The naming of astronomical objects that happen outside of planet Earth's solar system has it's own lengthy breakdown and can be examined at this link.

Why search - Do aliens exist?

Over time, scientists have developed a theory of cosmic evolution of life being a natural phenomenon (in the universe) with possibilities to develop on candidate planets with requisite environmental conditions. On planet Earth, all known living things have a carbon-based structure and system. But that hasn't stopped scientists from speculating about the pros and cons of using atoms other than carbon to form the molecular structures necessary for life. Scientific evidence drawn from the timeline of Earth's evolutionary history of life shows that life arose in a way that would make it possible to occur on any planets that have the requisite characteristics, most notably, liquid oceans. And with ongoing discoveries that the majority of stars have planets, the number of potential habitats for life has been greatly expanded.
Furthermore, exploration of Earth's solar system and analysis of the composition of other systems suggest that the chemical building blocks of life – such as amino acids – are naturally produced and widely dispersed. Rocky planets, the right distance from their suns making water on the planet possible would have the essential elements to support life as we know it. Yet other possibilities in the field of astrobiology speculate nucleic acids - biomolecules, essential for all known forms of life - may not be the only biomolecules in the Universe capable of coding for life processes as they are for humans. There could be different information systems, different solvents, different membranes that are part of radically different chemistries, moving from warner to colder planets
The prominent astrophysicist, astrobiologist and author, Carl Sagan (November 9, 1934 – December 20, 1996) regarded silicon and germanium as conceivable alternatives to carbon, though he also acknowledged that carbon was more chemically versatile and more abundant in the cosmos. These matters certainly extend the intriguing possibilities for considering life in a way we are not accustomed to thinking about, but are certainly another topic unto itself. These phenomena are intertwined in the field of astrobiology that makes use of physics, chemistry, astronomy, biology, molecular biology, ecology, planetary science, geography, and geology to investigate the possibility of life on other worlds and help recognize biospheres that might be different from that on Earth. astrobiology is the study of life in the universe.
The search for life beyond the Earth takes into consideration the nature of the environments that support life, as well as planetary, planetary system and stellar processes. The field of exobiology is similar in certain regards but gives more focus on the search for life beyond Earth, and the effects of extraterrestrial environments on living things. There are several hundred billion other stars in our Galaxy, and more than 100 billion other galaxies in the part of the universe we can see. These sheer numbers present intriguing possibilities.

Astronomers Don’t Think That So-Called SETI Signal Is Aliens—and Neither Should You. By Sarah Scoles (Wired, August 30, 2016)
https://www.wired.com/2016/08/astronomers-dont-think-called-seti-signal-aliens-neither/

SETI, the search for extraterrestrial life and for funding