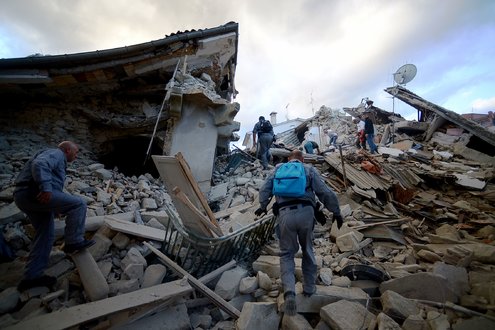 A powerful 6.2 magnitude earthquake and subsequent temblor struck the mountainous areas of Umbria, Lazio and Marche in central Italy, before dawn, on Wednesday, August 24, 2016, sometime in the early morning hours. The town of Amatrice was one of those to receive some of the most extensive damage. Dating from the Pompeii earthquake that occurred around February 62 AD, affecting the towns of Pompeii and Herculaneum, and the ensuing eruption of Mount Vesuvius in 79 AD that destroyed the same two towns, Italy has had a long string of deadly earthquakes. This, in good measure, is thought to be due to the seismology of the region.

Italy's history as a volatile earthquake zone is due to the plate tectonics of the region. Plate tectonics is the scientific theory that Earth's outer shell is divided into several plates that glide over the mantle, which is the rocky inner layer above the core. The plates act like a hard and rigid shell compared to Earth's mantle. This strong outer layer is called the lithosphere. At subduction zones, two tectonic plates can meet and one slides beneath the other back into the mantle, the layer underneath the crust. Interactions between the plates -- a matter which won't be covered at any length here -- begins to explain causes and dynamics that can trigger an earthquake.

The Apennine Mountains, where the August 24, 2016 quake struck, stretches south through Italy, then intersecting with the boundary between the Eurasian and African tectonic plates near the quake’s epicenter that lies close to Norcia, Italy. Insight from the United States Geological Survey explained that the mountain range was formed due to subduction, the process by which plates collide, pushing one beneath the other and forcing it down into Earth’s mantle. In this case, the mountain range piled up as an “accretionary wedge” as the top layer of the Adria microplate —- a tiny plate wedged between the two larger masses —- spilled over itself. And beneath the western Mediterranean Sea, where the region may have formed when Earth’s crust piled up on top of itself, now the same crust is being pulled apart at a point regarded as the Tyrrhenian basin -- at a small but measurable amount each year. The USGS calls the area “tectonically and geologically complex,” in direct reference to resulting counter-clockwise movement in the Adriatic plate, which sits right at the boundary between the Eurasian and African plates.

Earthquake Maps to track the latest earthquakes in the world

When it comes to tracking live earthquakes as they happen across the globe, the U.S. Government seems to be in position to offer some of the most accessible resources.

The European-Mediterranean Seismological Centre (EMSC) has a historical connection to the International Association of Seismology and Physics of the Earth's Interior (IASPEI), and the International Union of Geodesy and Geophysics (IUGG). It was founded primarily on the consideration that the European-Mediterranean region displayed a potentially dangerous seismic activity. The EMSC is an international, non-governmental, and non-profit association. In 1987, the EMSC was charged by the Council of Europe (CoE) to provide the latter with seismic warnings. Their map and data feed showing latest earthquake in the world, is at the link: http://www.emsc-csem.org/#2 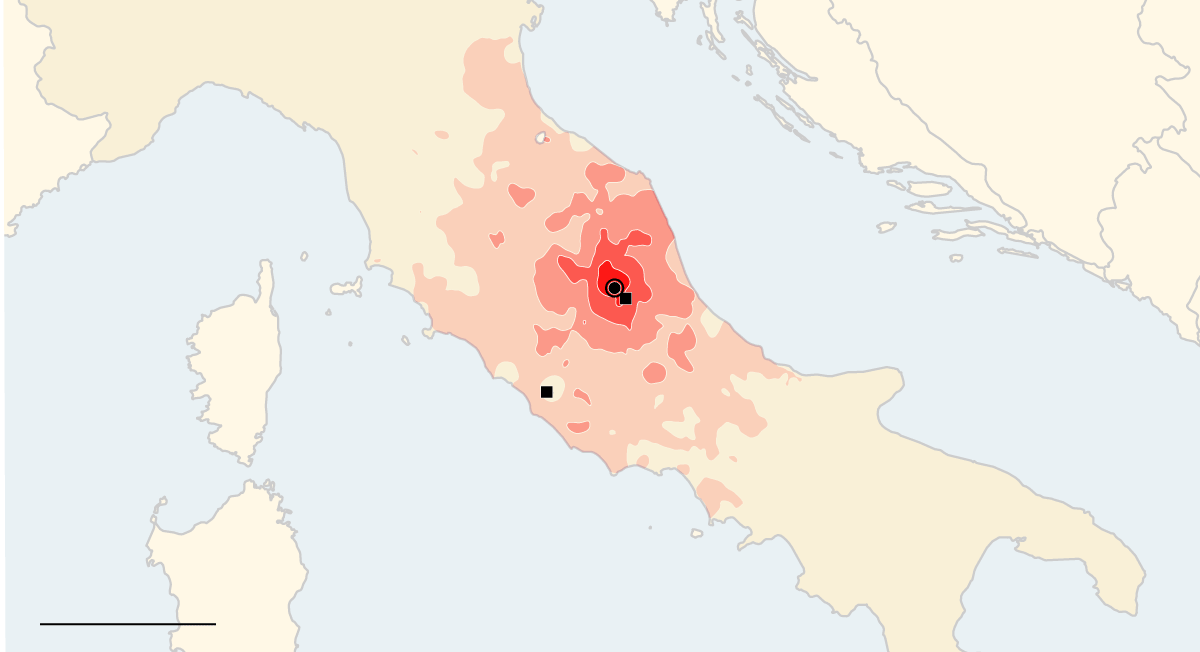 Tracking a quake live as it happens can also be done through a partly free public service website: www.globalincidentmap.com. The website notes that it draws its data from local governments and that incident data on the free version of the site map is time-delayed from 24 to 48 hours. The service is run by OpenStreetMap, a community of mappers that contribute and maintain data about roads, trails, cafés, railway stations, and much more, from all over the world.

Yet another live quake tracking map and earthquake list comes from Earthquake Track (http://earthquaketrack.com/). Earthquake Track seems to draw on Google tracking and mapping resources to provide data about the latest earthquake in the world as well as the USGS. The site claims it contains information on earthquakes since the year 1900, and reports of new earthquakes can appear on the site within a few minutes. Earthquake alerts are also available from them through Twitter.

Where to find the latest earthquake news

Understandably, there will be anxious and concerned people that will want to know more details of the latest earthquake news than what a tracking map can provide, probably because they have relatives or strong relationships with people residing close to the quake epicenter. While the maps and resources listed above can provide useful details to know that an earthquake is happening, they may fall short of providing the kind of information people might want to hear such as rescue and relief efforts, victim count and simply what they might be able to do to help.

Essentially, the earthquake maps outlined in the section above become the front line in the quest for information on earthquake events, particularly those that provide near real-time updated information. Another highly trustworthy source, Google, wants to be seen as a primary source in anyone's quest for earthquake details and data. From June 2016, the search engine giant began an initiative to provide information about earthquake activity, and also provide information about how people can stay safe in the aftermath and during the aftershocks when a search for an earthquake and location are typed in. With location history turned on, Google users can type in “earthquake,” or “earthquake nearby” to get the information, which is provided by the U.S. Geological Survey. Users with location history turned off will need to add the name of the town to the search.

The USGS does make an attempt to find out what is happening within a quake disaster area through its service, Did you feel it? This is a US Govt run site that solicits feedback from people in the area of a quake with the results being used to form the map: http://earthquake.usgs.gov/data/dyfi/ The Did You Feel It? website relies on the goodwill of Internet users to file reports through its interface. Personal information is automatically processed and summarized (devoid of any personal information).

Did you feel it? is especially useful to provide data in areas where there are no seismic instruments, provide data for smaller earthquakes that are harder to detect and record. It helps provide a rapid assessment of the extent of shaking and damage for emergency responders and is an opportunity to share your experience with others. Did you feel it? does work on a global scale with users from across the globe being able to share their earthquake experiences, but international locations are limited to cities in the database that can be selected by observers.

Googling An Earthquake? Search Engine Wants To Be Source For Latest Quake Info by Susan Leigh Taylor (KCBS All News - 740 AM / 106.9 FM)
http://sanfrancisco.cbslocal.com/2016/06/30/googling-an-earthquake-search-engine-wants-to-be-source-for-latest-quake-info/