In the summer month of July 2019, industrialist/entrepreneur Elon Musk outlined an ambitious plan called Neuralink, that would implant a tiny computer chip into the human brain that would then run through a users personal mobile phone or other digital devices. Some of the immediate objectives of the Neuralink technology would be to treat brain disorders, preserve and enhance human brains, tackle paralysis in people by getting them to control artificial limbs using just their thoughts and maybe most remarkably, merge humans with artificial intelligence.

Getting to the next stage of this initiative would mean brain surgery, so the company will be able to implant a small computer called The Link behind a person’s ear in order to use the neural interface, and that would require approval from the United State's Food and Drug Administration (FDA) for human trials as early as 2020. Testing has already been conducted with a success rate in lab animals according to the company.

The field falls under an area of brain science exploration known as Neurotech, and the particular endeavor of connecting the brain to feedback devices (such as a computer) is more closely described as brain-computer (or brain-machine) interface work. An abstract on the site of bioRxiv (provides a link to a full article) describes the brain-machine interfaces (BMIs) and the eventual exceptions for it.

Another video that captured aspects of the July 16, 2019 Neuralink announcement and presentation at the California Academy of Sciences in San Francisco is shown below (A video presentation of Elon Musk’s Neuralink presentation):

View books, other items regarding Elon Musk SpaceX Tesla and Neuralink on Amazon 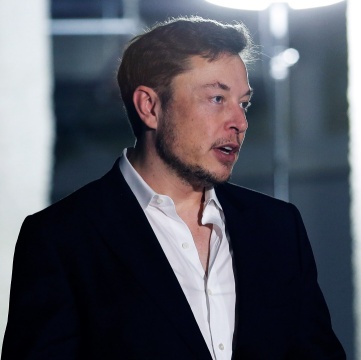 Elon Musk (pictured) is best known for his achievements in the industries of automotive innovation with electric-car company Tesla. The commercial rocket company started in 2002, SpaceX, which has made space cargo runs, satellite launches, and with the ultimate goal to carry humans into space to colonize Mars and other planets in the solar system. Then there is the Neuralink company which opened for operation in July 2016 that shares office space with another Musk company, OpenAI in San Francisco's Mission District.

Initial trials will focus on healthcare. Neuralink aims to host the first-in-human clinical study trial before the end of next year, focusing on patients with quadriplegia due to C1-C4 spinal cord injury. Initially, there is an iPhone app to interface with the neural link that uses a simple interface to train people how to use the link. Neuralink may be initially focused on healthcare benefits, but Musk noted his goal is still to link up humans with A.I. Musk compared it to using a smartphone.

In summation, a microprocessor chip implant is engineered to receive and process the electrical action activity termed “spikes” that signal activity from the interconnected neurons of the brain. Ultra-thin wiring embed into brain tissue receive those spikes. A robotic stitching machine (undoubtedly AI driven) places those wires with the greatest precision, as a “neural lace” but without damaging the delicate blood vessels spreading across the brain’s surface.

The chip product is called the N1. Each chip measures four millimeters by four and uses 1,024 electrodes. The electrodes have read and write functionality (an important point for later). The probes are five microns thick, three microns thinner than a red blood cell and 95 microns thinner than a human hair. In its preliminary planning, Neuralink places four N1 chips in a patient, three in motor areas and one by the somatic sensory cortex. They are then wired to an inductive coil near the ear that connects to a link that sits on the outside of the skin. 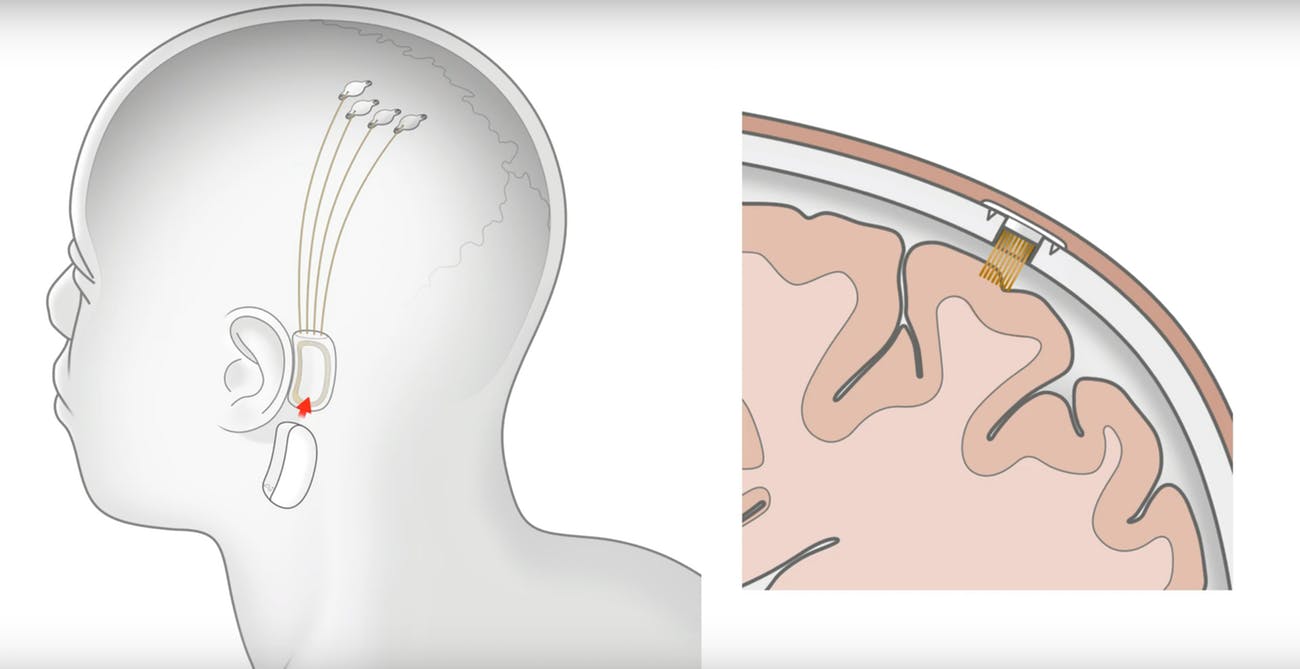 Reading and interpreting electrical activity signals from the brain is one thing, but inputting (or writing to) actionable feedback back into the brain to take action on something it would not have initiated on its own begins to bump up against any current limitations known about brain circuits and ability to interpret neural signals where knowledge of this area is still evolving. The theory of the process behind what Neuralink is attempting has a basis in the long-established science of Cybernetics and an overview of it could serve as an early blueprint of how Neuralink and other neuroscience operations could proceed.

Norbert Wiener, an early founder, and definer of Cybernetics

The word Cybernetics comes from the Greek word, kybernetes, meaning rudder, pilot, a device used to steer a boat or to support human governance. Norbert Wiener, an American mathematician, and philosopher, and professor of mathematics at Massachusetts Institute of Technology (MIT), is considered a central figure in the defining of cybernetics in 1948 he regarded as “the study of control and communication in the animal and the machine.” Wiener tasked himself withdrawing Cybernetics multi-disciplinary boundaries and applications under one umbrella, and formalizing the notion of feedback, with implications for engineering, systems control, computer science, biology, neuroscience, philosophy, and the organization of society.

Norbert Wiener defined cybernetics as “the study of control and communication in the animal and the machine.” He is credited as being the one to recognize that all intelligent behavior was the result of feedback mechanisms, that could possibly be simulated by machines – a theory serving to pave the way towards the development of modern AI. Alternatively, the mathematician Andrey Nikolaevich Kolmogorov defines cybernetics as the “science concerned with the study of systems of any nature which are capable of receiving, storing, and processing information so as to use it for control.”

Cybernetics has been influenced by and, in turn, has been applied in fields as diverse as psychology and control theory, philosophy and mechanical engineering, architecture and evolutionary biology, or social sciences and electrical engineering.

The importance of The Feedback and Control Loops to Neuralink's work

The control theory aspect of Cybernetics deals with the behavior of dynamical systems with inputs and how their behavior is modified by feedback. The objective of control theory is to control a system so that the system's output follows the desired control signal, called the reference. A starting point in the process is a feedback controller that is designed to determine what output needs to be monitored, how to compare it with the reference, which system behaviors need to be adjusted, and how to adjust them. The difference between actual and desired output, called the error signal, is applied as feedback to the system input to bring the actual output closer to the reference.

Javier Livas Cantu, American Society for Cybernetics, briefly surveys the history of cybernetics, Its famous founding fathers who guided it into its defining role as a science of control and communications and also touches briefly on the aspect of feedback loops.

The Education Channel provides an overview of the field of Cybernetics and dwells in the area of the communication link between humankind and machines that are created to serve for the betterment of humankind.

Competing ambitions in the field of Neurotech

This all comes back to Elon Musk's Neuralink project in the field of neurotech, where a growing field other companies have ambitions as well. So beyond Musk's recently revealed aspirations for this medical-neuroscientific field, what are other ambitions and expectations of the collective neuroscience-cybernetics industry to date?

Other companies working on the technology include,

Here's How Elon Musk Plans to Stitch a Computer Into Your Brain. By Adam Rogers (Wired, July 17, 2019) (https://www.wired.com/story/heres-how-elon-musk-plans-to-stitch-a-computer-into-your-brain/)