What caused BREXIT or the withdrawal of Britain from the European Union?

On June 23, 2016, an assemblage of British Conservative lawmakers and financial industry veterans were able to secure enough votes on a referendum, that 52 percent of Britons supported, for the country to exit the European Union. It has since been referred to as Brexit. Market reaction to the news brought an average 13.4 percent fall in the share prices of the top five British banks and slides of 12 to 14 percent in elite wealth managers Schroders (SDR.L), Aberdeen Asset Management (ADN.L) and St. James's Place (SJP.L).

Prior to the June 23, 2016 announcement, a referendum vote was held on the country's membership in the EU (then known as the European Economic Community -- EEC). The voting result was approximately 67% in favor of the country's continued membership of the EEC.
Donald Trump, the presumptive Republican nominee has staked out a position that U.K. voters had chosen to take their country back just like Americans can do in November and blamed the press for getting his point wrong and ignoring the calls he got right. Trump stated in a June 27 Tweet from @realDonaldTrump: "The media is unrelenting. They will only go with and report a story in a negative light. I called Brexit (Hillary was wrong), watch November."  (view Tweet)  And in other comments, Trump continued, "We have a President and we have somebody running for president, Hillary Clinton, honestly look at their record, they don't know what they're doing."

What led to this and what were the contributing factors 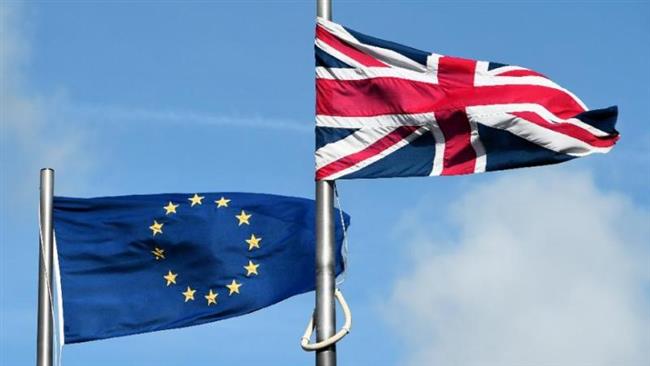 _______________________________
SOURCES:
Britain's financial sector reels after Brexit bombshell (Reuters)
www.reuters.com/article/us-britain-eu-banks-idUSKCN0Z92G8
Campaigning in the United Kingdom European Union membership referendum, 2016 (Wikipedia) https://en.wikipedia.org/wiki/Campaigning_in_the_United_Kingdom_European_Union_membership_referendum,_2016
I'm starting to think a 'Brexit' is a good idea and I never thought I'd ever say that, by Lianna Brinded (Business Insider ) http://www.businessinsider.com/reasons-why-uk-leaving-the-eu-brexit-is-a-good-idea-2015-10
Leave or Remain in the EU? The arguments for and against Brexit, by Ben Riley-Smith (The Telegraph) http://www.telegraph.co.uk/news/2016/06/16/leave-or-remain-in-the-eu-the-arguments-for-and-against-brexit/?o=600605&l=dir&qsrc=990&qo=serpSearchTopBox&ap=ebizmba.com
Is Donald Trump hurting himself?, by Stephen Collinson (CNN Politics)
www.cnn.com/2016/06/27/politics/donald-trump-brexit-response/

What caused BREXIT or the withdrawal of Britain from the European Union?